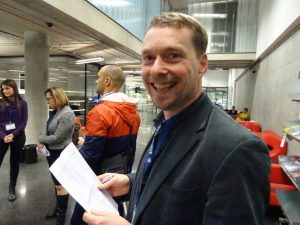 Stefan Röttger is a Human Factors specialist, working for the Psychological Service of the German Armed Forces. Since 2015, he is working at the German Armed Forces Office on projects related to the selection and training for psychological resilience. From 2009 to 2014, his main area of research was the evaluation of different forms of CRM training for naval professionals and bridge teams at the German Naval Medical Institute. There he also conducted ACRM trainings with medical teams and covered Human Factors issues in tests of new equipment for the German Navy. In 2010, he received his PhD from the Berlin University of Technology under the supervision of Dietrich Manzey. At Manzey’s chair for Work, Engineering and Organizational Psychology, he had spent 5 years of teaching and research on topics such as personnel selection and training for human-machine-systems, the structure of human behaviour in manual process control, workload, and automation consequences. Stefan studied Psychology at the University of Leipzig with internships at the Department for Aviation and Space Psychology of the German Aerospace Center and the Lab of Raja Parasuraman in Washington, D.C. Being member of the HFES Europe Chapter since 2006, Stefan was appointed newsletter editor of the Europe Chapter in 2007. In 2012 and 2015, he was elected co-director of the Europe Chapter´s executive council and co-organised the annual chapter meetings in Toulouse and Turin.