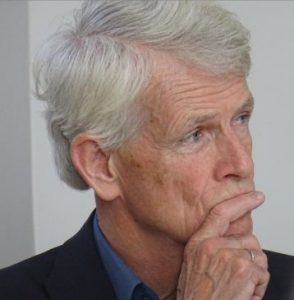 Karel Brookhuis graduated in experimental psychology, in 1980. Then he started as a research fellow (ZWO PhD student) at the Institute for Experimental Psychology with a specialization in psycho-physiology, which culminated in a thesis «Event Related Potentials and Information Processing». From 1983 on he was a senior researcher at the Traffic Research Centre which later merged into the Centre for Environmental- and Traffic Psychology, at the University of Groningen. Until the shut-down of the institute by the end of 1999 he was Research Manager (from 1994 on). He now is professor at Neuro Psychology, and since 2001 also part-time full professor at the Section of Transport and Logistics Organisation of the Delft University of Technology. Research interests are the study of human factors in occupational settings, in particular traffic, for instance, with respect to driving behaviour in special conditions. Research topics include effects of psycho-active substances on driving behaviour, measurement methods in driving behaviour, psycho-physiological aspects of task performance, and work load in traffic. He participated in a series of large European projects, starting 1989, focussing on design and evaluation of new telematics applications (AVG / ADAS) in traffic. He co-ordinated one EU-project and was Technical Manager of several others. He was involved in a large number of projects for national and international authorities and companies. He is a member of the editorial board of Safety Science, and authored / co-authored more than 200 publications. In 2020 Karel retired.